The Natural Prescription Supplement for Kids with ADHD – Martial Arts

Attention Deficit Hyperactivity Disorder, better known as ADHD, is one of the most widespread and potentially devastating disorders facing our children today.  The symptoms associated with ADHD are uncontrollable restlessness, a severe lack of focus, difficulty controlling behavior and extreme hyperactivity.

Children with ADHD experience a greater degree of conflict in the home and at school which leads to a growing cycle of frustration, depression, diminished self-esteem and a life of medicated chaos with very little chance of peace in the home or at school.

This disorder takes a toll on children, but it’s just as challenging for parents, teachers and adults who care for them. Doctors, Psychologists and the medical community in general are still learning about ADHD and a cure for the disorder has yet to be discovered.  The disorder wasn’t formally recognized as a mental disorder by the American Psychiatric Association (APA) until the late 1960’s and the disorder officially became known as ADHD in 1980. 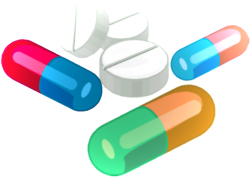 Medical advances have significantly improved the medications and reduced the side effects of drugs used to treat ADHD.  Doctors and Psychologists had been hesitant to recommend anything other than prescription medications for the treatment of ADHD, but the results from an endless series of dietary, exercise and other non-pharmaceutical treatment studies over the last two decades have consistently shown that optimum results for children with ADHD are achieved with a combination of prescription medications supplemented by healthy diets and specific forms of physical activity that exercise the mind and the body.

That said, an ever increasing number of Doctors are recommending and prescribing traditional ADHD medications along with supplemental physical exercise and dietary programs for children suffering from ADHD.  When it comes to treatment plans, the medical profession has a well-deserved reputation for being skeptical until proven otherwise, but adding common sense, eating right and physical activity to supplement traditional pharmaceutical ADHD treatments programs was inevitable.

The ultimate beneficiaries of treatments that combine the latest medical breakthroughs with healthy diets and physical exercise are children afflicted with ADHD and their parents. When it comes to the sport or physical activity that provides the biggest benefit to children with ADHD, the overwhelming choice among medical professionals, parents and children with ADHD is Martial Arts!

Aside from the physical benefits of exercise, increased strength, flexibility and a healthier heart, martial arts diminishes ADHD symptoms.  Impulsiveness and hyperactivity are two of the most common characteristics of children with ADHD. Martial Arts and Karate significantly reduce and/or eliminate the most common symptoms of ADHD and help promote positive outcomes.

In addition, children desire structure, consistency and ritual, especially children with ADHD.  Research has shown time and time again that children thrive when their home life is stable. Martial Arts is a truly unique experience that embraces stability and a balanced life.  Those beliefs, in combination with the life lessons, mental focus and social intelligence required to complete ones journey are all part of what makes martial arts training an effective method for overcoming the challenges that face children with ADHD.

Children diagnosed with ADHD face a series of hurdles and challenges on a regular basis. The list below represents 8 of the most common issues/characteristics associated with ADHD and the effect that Martial Arts and Karate training has on those characteristics:

Martial Arts Isn’t a Cure, but it’s a Life Changer!

There are no easy “cures” for ADHD, but Martial Arts can make your child’s life significantly healthier, happier and more fulfilling. The lives of parents are an exhausting mixture of discipline, love, patience, vigilance and persistent determination. Your child’s participation in Martial Arts will alleviate stress and allow you and your child to reconnect in ways that seemed impossible in the past, but were now within your reach.

As parents, you want the very best for your children and having them participate in Martial Arts will pay dividends for both you and your children for years to come!

Children with ADHD should not feel that they must succumb to negative labels based on lack of knowledge from the condition they face. The founding principles of Martial Arts preach acceptance, hard work, discipline and especially respect.  Martial arts classes offer a safe and supportive environment where kids with ADHD can grow, explore new horizons and be themselves.

The determination, patience, perseverance and hours of hard work spent in a training facility carries over into other parts of a child’s life naturally. Children learn to respect their instructors, teachers and fellow martial artists. More importantly, children with ADHD learn to respect and believe in themselves.

Please log in again. The login page will open in a new tab. After logging in you can close it and return to this page.